The Carrión river restoration located in Fresno del Río and Pino del Río (Palencia) covered a river reach with maximum flows between 218 and 527 m3/s, which is regulated by Camporredondo and Compuerto dams. The minimum flows is about 2 m3/s, set by the Confederación Hidrográfica del Duero. The concern about this reach was due to shore erosion and the lack of refuge for trout.

In order to mitigate the impact of flow regulation and to improve the aquatic habitat for fish, several actions took place both instream and at the riparian zone: 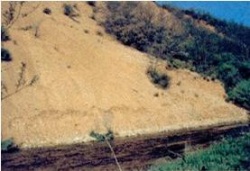 Margins of Carrión river in 1994, before the restoration. Image: Schmidt and Otaola, 2002 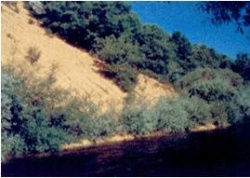 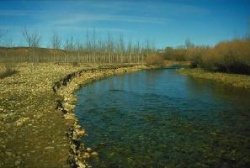 Revegetation of the shore. In 1997, before the project. Image: Schmidt and Otaola, 2002 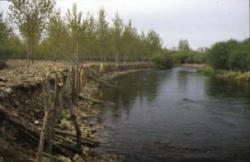 Revegetation of the shore. In 1997, during the actions. Image: Schmidt and Otaola, 2002 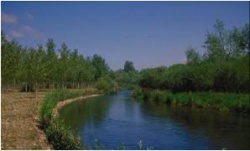