Erosion and deposition of bed and bank material are natural processes in rivers. However, excess bed and bank erosion leads to channel incision and lateral instability and excess input of (fine) sediment, respectively.

Important note: Bed- and bank erosion and deposition of sediment are natural processes needed to develop and sustain a natural planform and channel features. Therefore, many restoration projects aim at initiating natural morphodynamics rather than limiting it (Initiate natural channel dynamics). The paradigm of the “stable channel design”, assuming that river channels should be stable and can be “restored” by creating a desired “stable” channel, ultimately resulted in questionable projects like building meandering channels with fixed banks. This approach has been heavily criticized since it ignores that channels are naturally dynamic, such projects are prone to failure (Kondolf 2006, Simon et al. 2007) and must not be applied.

There is empirical evidence that livestock fencing significantly decreases the input of fine sediment (Collins et al. 2010), increases the quality of pools (Myers and Swanson 1995) and the abundance of adult trout (Summers et al. 2008). However, other sources of fine sediment input like dirt roads also have to be addressed (Myers and Swanson 1995).

Evolution of incised channels: Several conceptual models have been developed for the evolution of deep or incised channels (e.g. Schumm et al. 1984, Simon and Hupp 1986, Simon and Rinaldi 2006). These models can be used to assess the present stage of the river reach, which further morphological changes probably occur, and to select appropriate restoration measures. For example, if the reach is already downstream from the knickpoint and starts to widen (Fig. 1 stage IV), it might be an appropriate restoration measure to increase sediment deposition since there will be an increasing sediment input from upstream. Therefore, it is crucial to consider the state of the upstream and downstream reaches and to involve some geomorphological expertise in the restoration project.

According to the channel-evolution model of Simon and Rinaldi (2006) (Fig. 1): 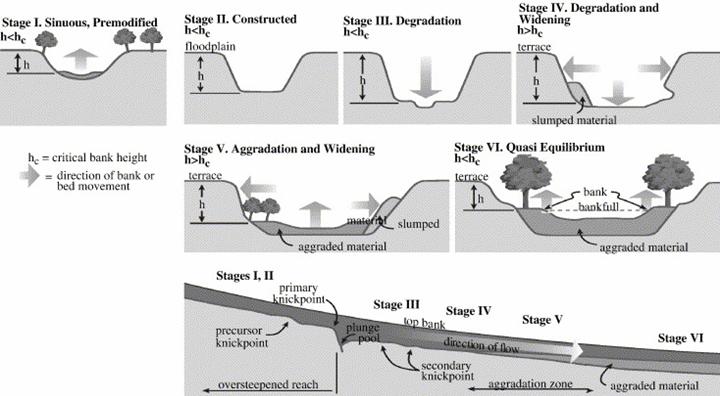 Fig. 1 Stages of channel evolution (from Simon and Rinaldi 2006)

Literature on evolution of incised channels: